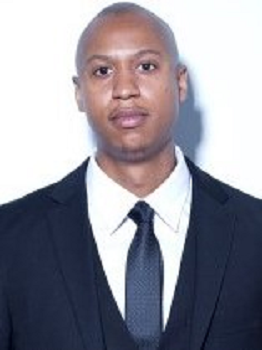 Demetrius Walker is a serial entrepreneur, author, DJ, and Director of the North Houston Economic Development Center at Lone Star College. As a co-founder of dN|Be Apparel, Demetrius has promoted messages of Black empowerment through graphic tees and conscious urban wear since 2005.  As a Managing Partner of dN|Be Entertainment, Demetrius was instrumental in bringing Academy and Grammy Award winner, Che “Rhymefest” Smith’s sophomore album, El Che, to market, serving as an Executive Producer on the project. As well, Demetrius has travelled the world as a public speaker, previously being featured on the Extreme Entrepreneurship Tour, and has spoken at dozens of universities with the Great Black Speakers Bureau. In the past few years, Demetrius has been featured on BET, as well as NBC. In addition, Inc. Magazine and Black Enterprise have both profiled Demetrius for their publications.   Demetrius’ first book, I Am A Black Man: The Evolution of a Dangerous Negro, was released in 2017.

Demetrius currently resides in North Houston where his seven-year-old son, two dogs, and cat keep him active. He is a graduate of The Taft School and Vanderbilt University (BA Economics). While employed at the University of Phoenix, he obtained an MBA with a concentration in Small Business Management, and subsequently completed a graduate program in Nonprofit Management at Texas A&M’s Bush School of Government and Public Service .