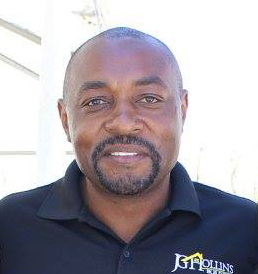 J.G. Hollins Builders’ commitment to excellence is fully imprinted throughout our 20 year occupancy in the residential development industry. Our indelible dedication to building and cultivating a legacy of quality luxury homes has sustained our presence in the Greater Houston area as a dominant force amid the new construction industry. We offer an unparalleled, authentic obligation to customer approval and satisfaction.

Since his early years working in framing, Johnny’s belief is that “exceptional homes begin with quality workmanship”. Using this belief as the basis of his company’s culture, Hollins has remained committed to excellence by selecting the construction industry’s finest top-tier sub-contractors; many of whom have been leading the way with him for several years.  Traditional values coupled with a passion for both, people and the art of building, are merely a few of the attributes which set J.G. Hollins apart from typical area builders. In a lot of ways, he might very well be considered a second generation builder, since he spent the majority of his younger days watching both of his paternal uncles as they built area churches and homes for some of Southern Louisiana’s elite. His passion for constructing an elegant Creole styled home is the subtle reminder that lends itself to Hollins’ Louisiana roots; roots which play a strong role in his signature “Southern Comfort” series of homes, as it can be seen on Dorothy Street and in other sections of the cozy Cottage Grove subdivision of Houston, Texas.

Also, as the need grew for more single family homes in the Cottage Grove and Shady Acres neighborhoods, Hollins leaned towards his philanthropic nature and seized the opportunity to acquire several lots, in order to assist in the revitalization of those regions and beyond. What’s more is that these communities have since experienced major face lifts, making them the home to several high-end developments as well.  Furthermore, due to his hands-on approach in the building process, along with precision and selection of top-quality building materials, Hollins’ success in the construction industry for well over two decades has been sustained, allowing for the opulent opportunity to branch into luxury home building.

In light of his ever-growing market base, intuition revealed itself again, prompting him to expand his professional reach by lending his expertise and craftsmanship to a number of groundbreaking improvements in Ashland Heights; a historic area in which is branded by its nostalgic and artistic highlights. His devotion to excellence in the building community has subsequently caused his involvement and affiliation with numerous prestigious organizations, including the Greater Houston Builders Association, the Greater Heights Area Chamber of Commerce, and the Acres Home Chamber of Business and Economic Development.