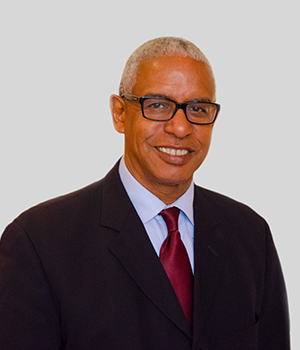 Attorney Fitzgerald Muhammad graduated with honors from Texas Southern University’s Thurgood Marshall School of Law, in Houston, Texas, Class of 1979. Attorney Muhammad has excelled in the practice of Business Litigation and Transactional Law, and Personal Injury Practice, including catastrophic Injury and Medical Negligence since becoming licensed in 1979. Attorney Muhammad has engaged in Civil Litigation in both Federal and State courts involving Jury Trials, Writs, Temporary Restraining Orders and Appeals. Attorney Muhammad has practiced Business Law and Transactional Law throughout his career, advising entrepreneurs on the proper business structures and agreements to meet their needs. He is versed in all types of business entities including but not limited to Corporations, Limited Liability Companies, Series LLC’s, Partnerships, Limited Partnerships and the like. Attorney Muhammad has represented clients before the Securities and Exchange Commission and engaged with Federal Authorities from Secret Service to the Justice Departments with regard to White Collar Crimes and Crypto Currency issues. He has participated in business delegations to London England and Lima Peru on behalf of clients in international financial transactions.

As part of his community service, Attorney Muhammad has hosted and lectured in free legal workshops all over the city and especially in the community of his birth, Acres Homes where he is Chairman of the Board of the Acres Homes Chamber for Community Development. In 2012, Warren Fitzgerald Muhammad was appointed by the Mayor as an Associate Judge in the Municipal Court for the City of Houston. In 2014, he was reappointed, wherein he served another two year term. Attorney Muhammad now maintains his practice in the spacious Beulah Shephard Building in his beloved community of Acres Homes where he is also Chairman/CEO of the Acres Homes Chamber for Business and Economic Development.